While still getting used to the quirks of the 700D, and there are some, I took the opportunity of a rare clear night to test out the STM lens. Previously I had shot the southern night sky with my 650D. One would think there isn’t much difference between the two cameras, but it turns out they are very different beasts.

The 700D tends to under expose while the 650D had a tendency to over expose. In both cases this is by around a half a stop. One of the things I did almost immediately with both cameras was set the Ev increments from a 1/3 of a stop to 1/2 stop. Its easier and faster to alter Ev and 1/3 stop really doesn’t make much of a difference. All the following images were shot at 18 mm – f3.5 @ ISO 3200. Focus was manual using 10 x magnification focus peaking to get as sharp a focus as possible. Exposure times were 20 seconds for most images and one set at 15 seconds.

As it turned out the best image was the final processed image taken at 15 seconds. Star trailing was minimal unlike at 20 seconds where it was easily evident especially out towards the edge of the images.

All but one set of images was shot as RAW. The remainder ( all of them ) were shot as Jpeg using the standard Jpeg mode setting in the camera. As it turns out the results were far better than I had anticipated and it shows when looking at the stacked RAW image.

The following images were stacked with Siril, using Win 10. For Windows users you will be pleased to know that the latest version of Siril includes a Win 10 version, so I gave it a test drive. It works as well as any other OS I have tried it on.

Once the stacked image was done I saved it as a Tiff file and used Rawtherapee for the main post processing, with the final touches being done in Photoscape.

I didnt hold out much hope of the standard kit lens being of good standard, but its certainly not as bad as some kit lenses I’ve used and seen. Its definitely sharper and better colour corrected than its predecessor, although chromatic aberration is still bad. However when shooting the images as Jpegs you get a very big advantage compared to the RAW file. Colour correction, distortion, pin-cushioning and several other distortions are all taken care of in camera as part of the Jpeg processing. This is really obvious when comparing the RAW Vs Jpeg version of the southern cross photos. The RAW is still not properly corrected even thought the lens and camera profiles were selected in the RAW Therapee processing. I’ve yet to try it in Lightroom, the results may be better. I’ve included the final processed image of each photo and the final sized reduce image as well.

To me it seems the best image is the 15 second image of the Scorpio region. There is much less evidence of star trailing and colour appears better balanced. The longer the exposure the more red was appearing in the images. It seems that Canons’ 18 MP sensor tends to be somewhat Red channel biased. I saw exactly the same issue with the 650D. Its not too difficult to fix in post processing, but its one extra thing to do if you are RAW file processing. You can see how red the RAW stacked image is compared to the Jpegs.

Again its something Canon was aware of and they corrected it in the Jpeg engine. I noticed that the Digic 5 processor in the 700D renders quite a bit differently to the Digic 4 processor found in the 650D and is no doubt part of the reason the camera tends to mild over exposure. Nothing you cant handle once aware of it.

Click on any image to take you to the full sized file. 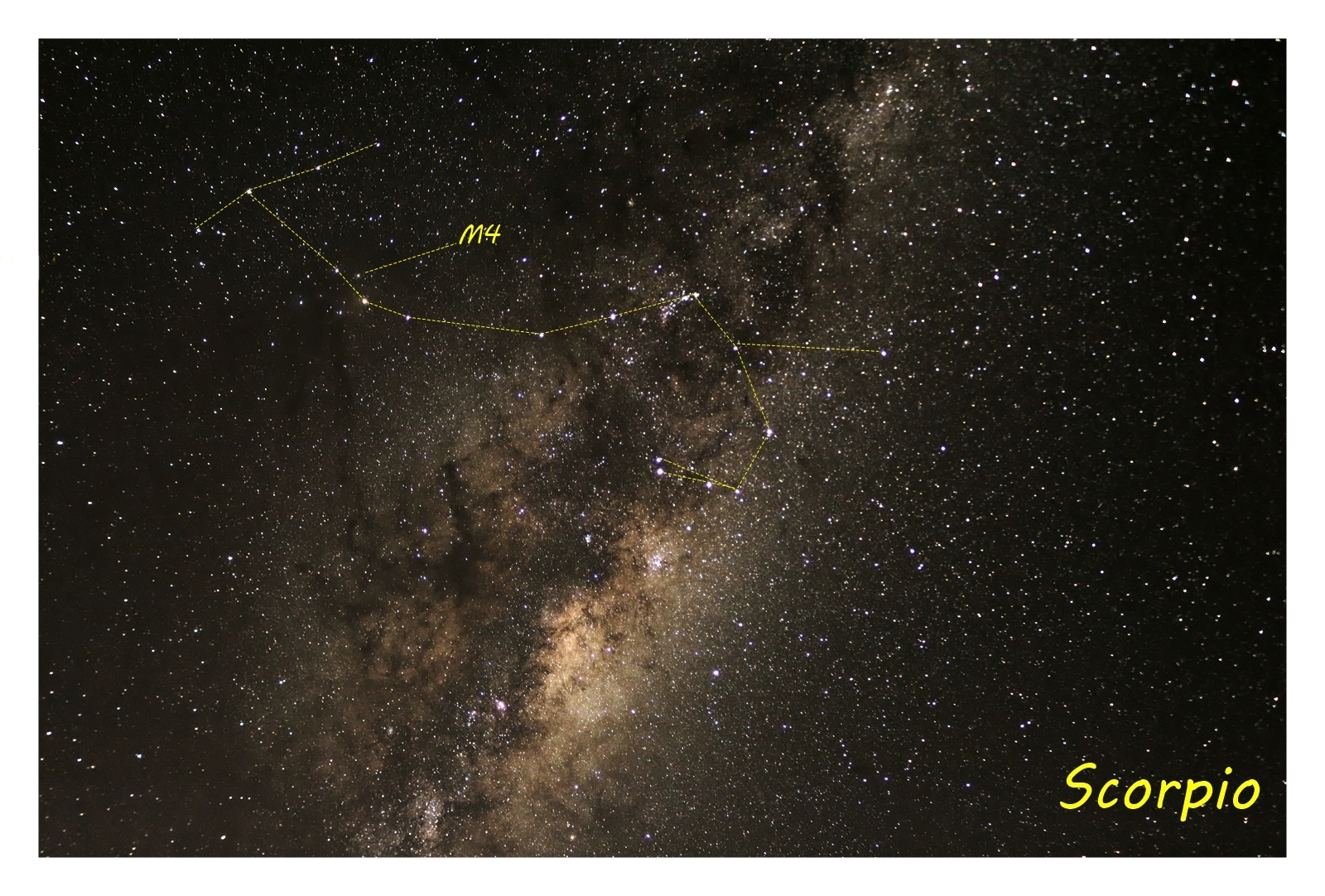 Reduced size image from the one above showing location of Scorpio, as seen in the southern hemisphere. Note that the globular cluster M4 is easily visible. The 15 second image shows this with more clarity.

The following two images were shot at 20 seconds as were all the rest of the images seen here. I’ve included images that show points of interest then the final edit.

The final images feature the Southern Cross with the Coalsack along side and Eta Carina to the bottom of the image. Eta Carina is a star forming region of our galaxy much like it would have been when our own Sun was coming into maturity. 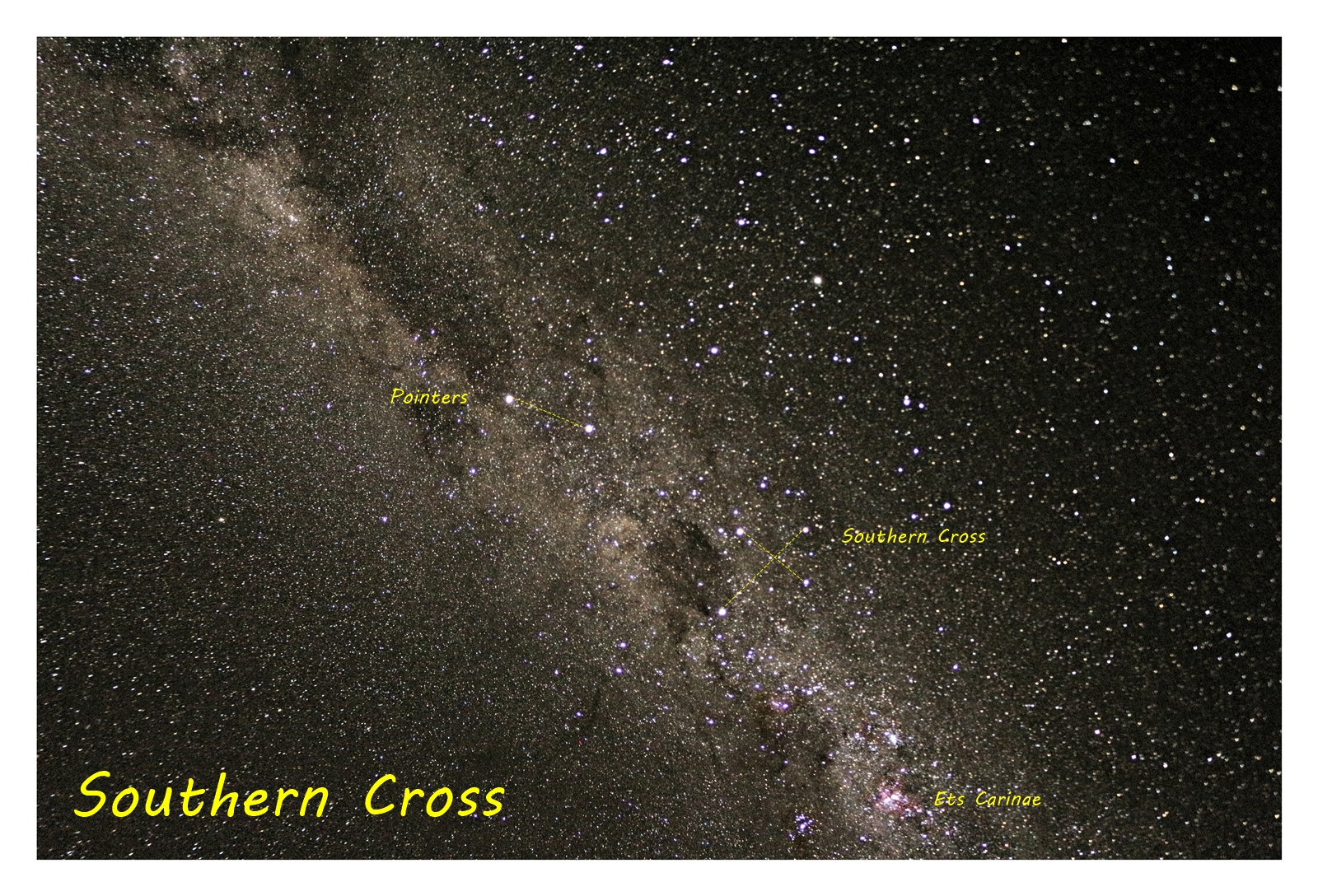 The final image is a 7 image RAW file stack. Same settings as was used above. This has been processed in Raw Therapee with Camera & Lens corrections applied. You can see how naturally red the image is. It was very much the same with my 650D when shooting RAW, and it serves to show just how good the Jpeg processing is in the 700D. For a image comparison check out the images I took with the 18 -55 mm mark 2 lens I had on the 650D.

Both the Lens and the camera are quite an improvement in the 700D.

So what have we learned from all this? It seems that the 700D has a pretty good sensor noise wise with it never really being an issue in any of these images. A small amount of red bias in the sensor while annoying isn’t a major issue. The Kit lens is reasonably sharp, and Jpeg processing sorts out the distortions.

There is sufficient headroom in all the Jpegs when stacked to do some pretty intense post processing when necessary. Both the 650D and the 700D will serve as a good starting point for night sky work. I have no doubt that a nice fast short focal length prime would yield excellent results, perhaps not as wide field as the kit lens but the camera certainly will do the job.

If you are in the market for a relatively cheap astro camera the 700D or 750D would both be good starting points. Are they as good as the XA2 I had with the 16-50 kit lens, no they arent. The Fuji sensor in the XA2 was outstanding as was the 16-50 kit lens that came with it. However the Canons are very nearly as good considering they are a couple of generations older than the XA2, and to be honest I prefer the ergonomics of the DSLR body and ergonomics. I am however quite happy with the results thus far and think that with a little more work I should be able to equal the output we had from the XA2.