The changing face of photography.

In this previous post I talked about what I liked in a camera and why those cameras had appeal for me in particular.

Since then I have been looking over the current possible replacements and I have to report that there are few that would be adequate.

Most of the possible contenders are too expensive ( over $1000.00 NZD) or too small to hold comfortably. Some of the larger units such as the FZ1000 are a little too large and start matching the heft and bulk of a DSLR, which I want to avoid.

Basically for size, anything over the size of the HS20 is going to be too large to use on a day to day basis as I am always mobile and size and weight then become an issue.

Speaking of size, even the smaller style mirrorless XA3 for example are too big to keep in a small back pack and be easy to grab at a moments notice and there were many occasions when this was true of my HS20 as well. The Fuji s5700 (s700) was the one exception to this issue as its lens, while motorised was internal so the overall body size never changed and being a small camera was less of an issue where size mattered.

To the matter of cost. Some may be wondering as to why the limit of $1000.00 NZD is the ceiling. In my case I have a fixed income and as the only income earner in the household cost saving is paramount. Add to this that there are a good many less affluent pensioners currently, or about to be a pensioner that would also like a new camera for their retirement travels and again cost is a major issue. Another group are the less well off younger people/ students who like what a modern camera can provide but haven’t the means to procure a good camera, and have most likely  opted for a expensive mobile phone for its flexibility. Cant pay your bills online with a camera ( well not a enthusiast model or compact at least). Some of these new smart phones are very good cameras as well and I have had to eat my words from a post I did about 10 years back at Dpreview forums when I stated that it was unlikely a phone would ever replace a good camera.

Well thats no longer the case. There are some very good smart phones that come equipped with a camera thats as good as an entry level travel compact. A quick search of the internet and Flickr  photo sharing site soon shows that photography is alive and well, just in a different format. Not only is it alive and well but through all the history of photography it is unlikely that the level of current uptake was ever envisioned by the pioneers of the craft. According to the likes of Apple and Samsung there are more and more people beginning to use their smart phones as there primary image recording tool and I find that at present that now includes me.

Now I hear the gnashing of teeth from my Fuji followers, but at present Fuji has nothing in their range that attracts me back to a ILC camera, although the rumoured X-T100 has got my interest piqued a little.  The closet contender at the moment is The Panasonic LX100, a very nice piece of kit, and has seen favour with these folks as well, and when on special would be a nice addition to my kit. However I currently have a Samsung S6 provided by my employer, which I will now spend some time using.

So why a smart phone?

Here’s some reasons to consider a smart phone as a go anywhere any time camera. Based on Samsung S6.

Thats just a few reasons, I haven’t even touched on what you can do with the rest of the phone as thats not central to this quest for a new camera.

For me at present as a stop gap between now and my next dedicated camera the S6 looks like it will do a reasonable job. One of the things I have been really impressed with is the dynamic range this camera has from low light to bright daylight, just using auto mode it does a commendable job.

Below is an image I can say with certainty would never have been achievable with my HS20 and I’m not sure my XA2 would have done too much better either given the conditions, but for a small sensor the S6 did pretty well. You can see larger versions of these images in the S6 Gallery. 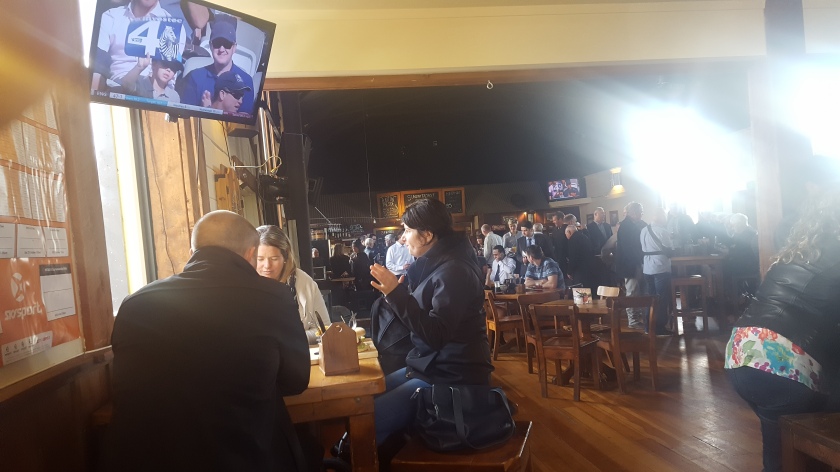 Multiple light sources created a large amount of overexposure. This was a relatively well lit internal scene and the S6’s camera was set to auto with HDR on. Now with a bit a cropping and some adjustment in RawTherapee and a general calming of the image you get the following: 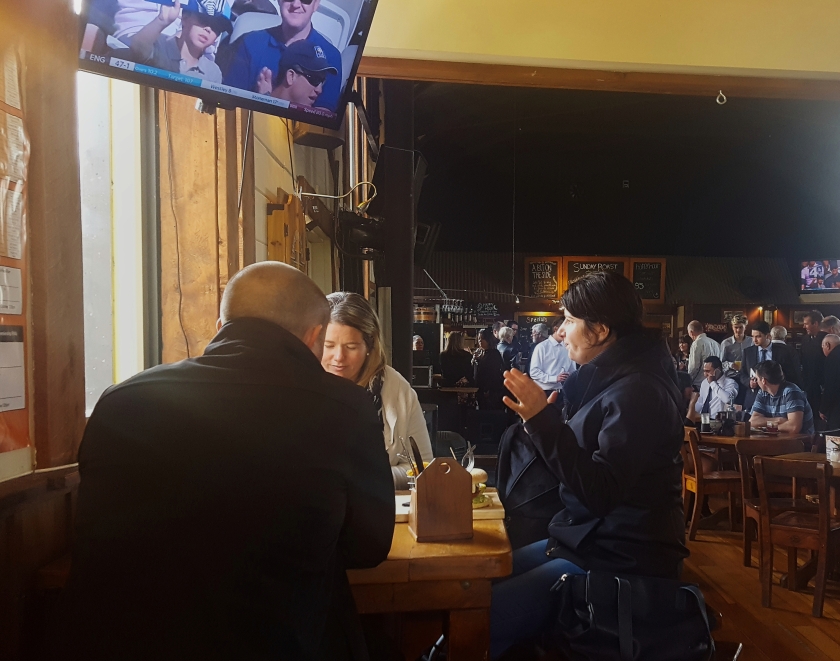 You can then make the image a little more isolated and get the following:

While a little more muted than the  previous edit this shows how much head room the images from the S6 can provide, and if we compare this to some of the small/mid level travel compacts on the market it becomes more apparent that the quality on the higher specs smart phones doesn’t lack for much as a general purpose snapshot camera, certainly better than the Kodak Instamatic of my youth.

I have also found that standard prints are very good too and I have printed A4 prints from the S6 with very good results and as long as you take a little care when taking your images if you are going to print them then your results should be more than adequate.

The only real drawback to the S6 that I miss at present is the manual zoom that my HS20 has, but like most photographers working with a single focal length I will need to adjust to the limitation. When you look at the images posted on Flickr ( see the Flickr link above ) the results can be very pleasing.